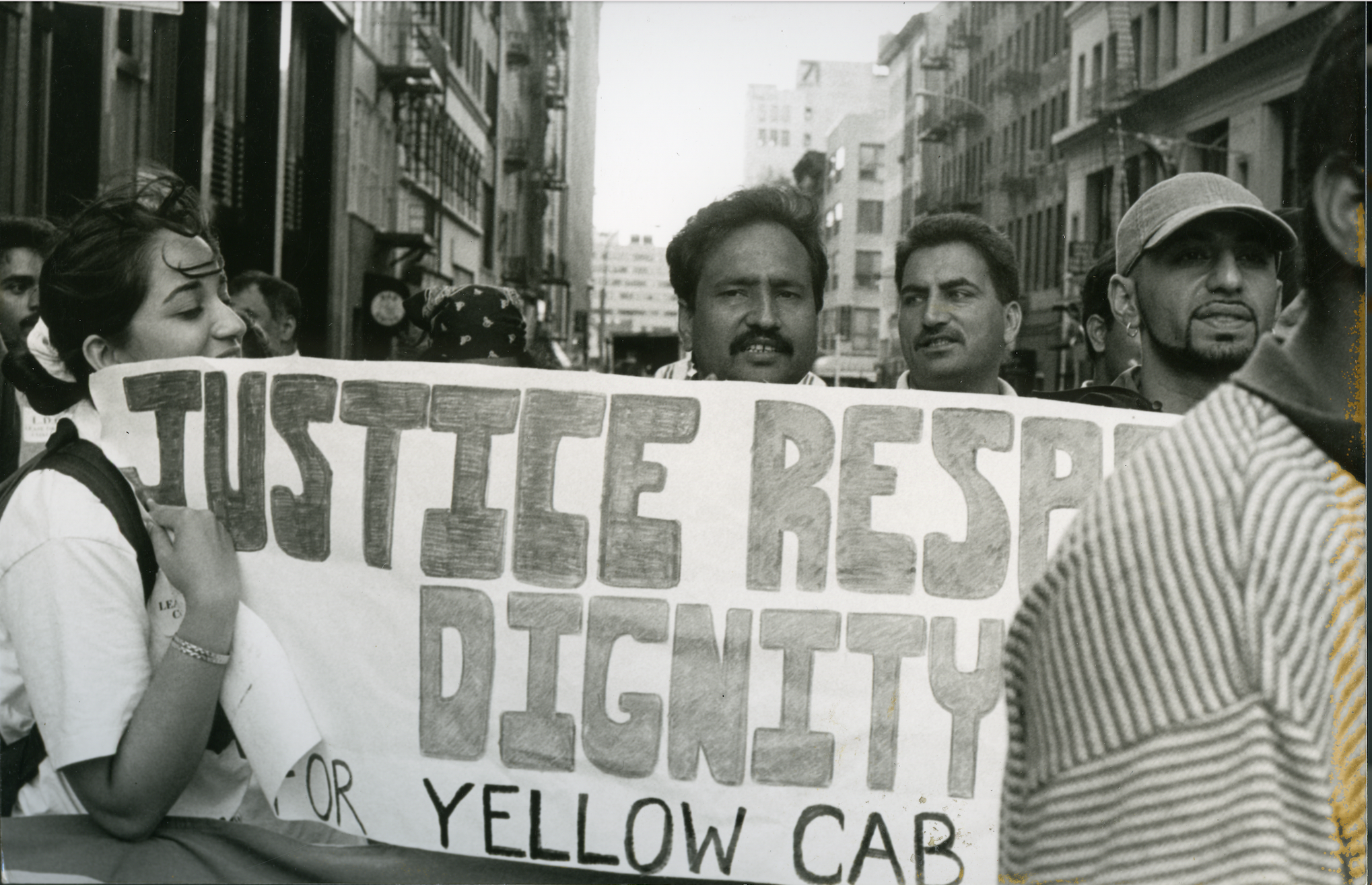 In celebration of Asian American Pacific Islander (AAPI) Heritage Month we are pleased to feature projects that focus on recording the history of Asian Americans in New York State and Nationwide. This week, we offer our first guest posting from Amita Manghnani and Laura Chen-Schultz of the Asian/Pacific/American Institute at New York University.

The building of Asian/Pacific/American collections is a crucial component of the A/P/A Institute’s mission to amplify the experiences of our communities, preserve and make accessible our histories, and support the work of students and scholars in the field of Asian/Pacific/American Studies. Over the years, we had been hearing about historically significant records being collected and housed by individuals, families, and community groups in basements, closets, and storage facilities. The sense of urgency to find alternative homes for such materials was often intensified by the closing of longstanding community organizations, the dissolution of activist and artist collectives, the passing of elderly family members, the expiration of leases, floods, etc. etc.

Over the course of twelve years (2005-17), a team of graduate students including I-Ting Emily Chu, Hillel Arnold, Y.T. Nancy Ng Tam, and Amita Manghnani, who were enrolled in the Master of Arts in the Archives and Public History program at NYU, worked in collaboration with A/P/A Institute staff to conduct archival surveys of records related to the history of Asian/Pacific Americans in the New York metropolitan area in a range of settings—social service agencies, offices of labor unions, libraries, homes, storage units, religious organizations, performance spaces, non-profits, and museums.

It was through conversations over meals, meetings, site visits, emails, and phone calls with artists, activists, archivists, elders, librarians, organizers, historians, and others that the students and staff built relationships and trust with our collaborators. This process often took many years and multiple cohorts of graduate students before surveys were ever scheduled and conducted. But it was through these dialogues and relationship building that the network of community members and organizations interested in learning more about archives and preservation grew, so much so that it was often hard to keep up with the requests for survey visits that we were receiving.

Additional challenges that arose included convincing some folks that their materials were of historical importance—that indeed, the folders and boxes that had been piling up in their homes would be of interest to students and scholars now and in the future. There were concerns about privacy and sensitive materials—what are the implications of giving open access to materials that are of and for a community? In the case of activist and artist collectives, questions arose over permissions and rights—who was authorized to speak for the whole group? Who could sign contracts and approve copyright inquiries? These are questions we continue to ask ourselves and think through with each collection surveyed and each donation generously made to NYU.

Donation, however, was never seen as the end goal of these ongoing dialogues. During and following survey visits, graduate students, under the guidance of the staff at NYU’s special collections, answered questions and directed collaborations to resources about preservation, storage, and access. We truly believed that, often, records were most useful to and most safe within the communities from which they emerged and were built. But, if donation to NYU was of interest—and it often was due to lack of space, staffing, and dedicated resources to records management—we opened the door for those possibilities. Some of the collections that were donated via the survey project include the New York Taxi Workers Alliance Records, GAPIMNY Records, Tomie Arai Papers, and Asian Pacific American Labor Alliance (APALA) Records.

By surveying and identifying historically significant collections, this project made a case for preserving the history of Asian/Pacific Americans within the special collections at NYU. With a focus on scholarship, access, and community, we have been able to build collections that will ensure greater representation of Asian/Pacific Americans in scholarship, documentaries, journalism, student projects, exhibitions, and more.

We continue our documenting efforts in collaboration with our communities. One of our current projects is A/P/A Voices: A COVID-19 Public Memory Project, which we initiated with artists and scholars Tomie Arai, Lena Sze, Vivian Truong, and Diane Wong in Spring 2020. The project conducts recorded virtual interviews, and collects digital artifacts documenting the experiences of Asian/Pacific/American individuals and communities during the pandemic. We also continue to organize community archiving days and reunion celebrations to gather materials and help think through collecting and documenting Asian/Pacific/American stories together, and to connect the university with the public.

If you have a project you would like to feature on the DHPSNY Antiracism Resources blog series, please email us at info@dhpsny.org and we would be happy to work with you to feature your work.

This is part of a biweekly blog series on sharing information, promoting resources, encouraging discussion, and amplifying the voices of Black, Indigenous, and People of Color (BIPOC) doing antiracism work in archives, museums, history sites, and library special collections. DHPSNY is committed to supporting the diverse network of collecting institutions that safeguard and ensure access to historical records and library research materials across New York State. To learn more, visit our first blog post in the series.